Under the Pendulum Sun by Jeanette Ng.

In spite of being flawed in its pacing, this debut novel stuck with me. It is a gothic novel given a fantasy makeover. It deals with forbidden passion and is mostly set in a gothic castle in fairyland (here called Arcadia). Ng’s evocation of fairyland is sinister rather than whimsical, full of mists and confusion. The Fae are cruel, capracious creatures, given to mindfuck games and illusions. Their alien morality is tantalizingly disguised behind a thin veil of beauty.  One of the central themes of the novel is: do these creatures have souls?

The Waterborn by Greg Keyes 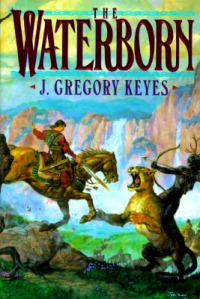 A colorful play on sword and sorcery tropes. Very action-filled with a ‘sensawonda.’ The worldbuilding is non-western even if the tropes (the Chosen one, the princess in peril) are. Bits of Native American and South American (Aztec and Mayan) influence are filtered through this take on the Hero’s Journey. The rich imagery and characterizations (particularly the princess) make this a ‘page-turner.’

I Am the River by T.E. Grau 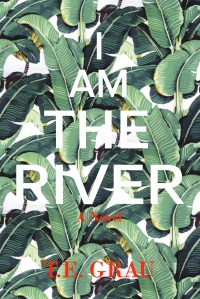 I’m reading the ARC of this novel (soon to be out the publisher of my first collection Sea, Swallow Me & Other Stories). It’s a Vietnam War novel with supernatural elements, well researched and with a somewhat experimental style. The shifting timelines technique takes a bit to get used to, but it works well with the disorienting narrative. It’s a textual representation of PTSD, very effective, very uncomfortable.

What are you reading?