I tried to get off my anti-depressants around the same time my first book was published. Among the reasons I was quitting: no longer afford COBRA payments for my insurance, so I would no longer be able to get prescriptions anymore. Besides that, things were going pretty well. I mean, I had a book out that was the cumulative work of over 20 years of fiction writing. I followed the doctor’s instructions to taper off the drug.

That decision was a huge mistake.

As if it were waiting in the shadows, my depression came back. I call my depression the Echthroi, after the creatures in Madeleine L’Engle’s novel, A Wind in the Door. The Echthroi are the spirits of nihilism and depersonalization. They wish to destroy all joy in life and leave an empty husk, a blank  simulacrum. Depression is not exactly like voices in the head, but it is more than just the blues.

I remember being in the subway, deep underground. The Echthroi whispered in that seductive way of theirs, Why don’t you jump in front of a train. It projected a vision of screaming steel, sleek locomotives, and endless silence. Imagine having those images constantly flashed in your brain. I would write suicide notes, and delete them. Some days, I would cry for hours. One time, I had an episode where I threw a cell phone at the place where I was temping. I lost that job.

Depression makes you a marionette whose springs are pulled by the Echthroi.

The thing that stopped me from actually harming myself was constantly reminding myself that it was all faulty wiring and out-of-whack brain chemistry. In the end, I finally got the help I needed.

Sometimes, people listen to the Echthroi. They are very good at what they do. After all, you still feel horrible and get flashes of suicidal actions and feelings of worthlessness even if you don’t succumb to the temptation. They promise an end to the pain, which won’t relent. They work ceaselessly. Even if you have a partner, or children, or a job you love, or you have a critically acclaimed collection of fiction published, they will stalk you and turn the world into Mordor.

I’m writing this because someone I knew  recently succumbed to the siren song of the Echthroi. Sometimes they succeed. I just think it’s important to understand what Suicidal Depression is, and the importance of treatment. 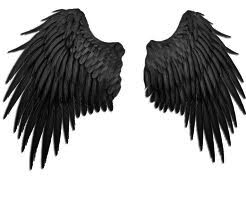 –Found in the comments section of an article about the death of Ned Vizzini. I couldn’t have put it better myself.