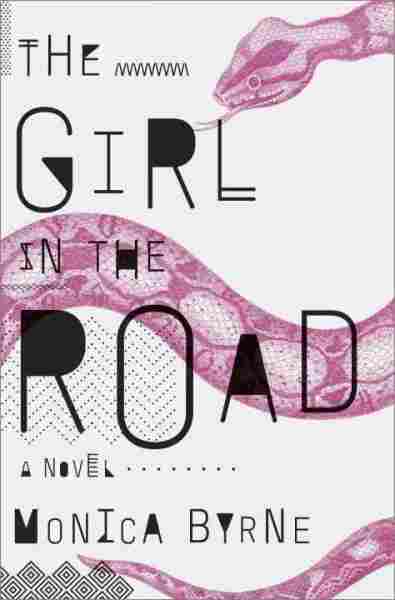 A snake bite opens The Girl in the Road, a novel that seems to have all of the hallmarks of a thriller. The book is set in the near-future, a time where the West’s power has waned and India and Ethiopia have become world powers. Technological wonders, such as sub dermal implants and new energy sources, abound. Political turmoil still exists, and the heroine Meena believes that the death of her lover and the poisonous snake found in her bed are connected to a terrorist organization. Meena inexpertly treats her wounds, and starts running. She is being followed by a young barefoot woman; she sees the young woman in crowds, staring at her, relentlessly on her trail. The narrative pace is quick and full of feverish imagery. Told in first person, present tense, Meena’s story manages to mix, in near perfect equilibrium, her suspenseful flight, the world she lives in (minus the dreaded InfoDump technique sometimes employed by Science Fiction writers), and her character. We learn that Meena has been raised by her grandparents, due to the fact that her own parents died in mysterious circumstances that may or may not have to do with the terrorist organization that is pursuing her. We also learn that Meena is polyamorous, with a broken trail of lovers of both genders, and her one true love is a transgender/genderqueer woman. The breathless narrative of the first part ends with a stunning cliffhanger.

Then we are thrown into the first person narrative of another woman named Mariama. Her narrative takes the form of a long, incantatory letter to another woman, named Yemaya. Mariama recounts her first few memories. She was born the daughter of a sex slave, in extreme poverty in India. Upon the death of her mother at the hands of the slaveowner, she runs away. She eventually becomes a stowaway on a truck traveling to Addis Ababa. Before then, she has her own experience with a snake. Mariama eats a piece of sea snake which gets lodged in her chest, and bothers Mariama during times of fear and stress. She imagines the fragment of sea snake as a living entity within, which she calls the kreen.

The rest of the novel alternates between the two narratives. Meena, the woman of the future, eventually heads toward Ethiopia, in hopes of finding out why her parents were murdered. As she travels on the Trail, a kind of high tech ocean-based energy source, Meena loses her grip on her sanity. Mariama, who exists in some earlier but undefined time, begins her own trip to Ethiopia, where she meets the mysterious Yemaya, a beautiful fugitive who has her own agenda. The relationship between the two women, separated by the span of years, slowly becomes apparent.

But, in spite of all the trappings of a speculative thriller, The Girl in the Road is not a plot-driven novel. It belongs to a micro-genre of Visionary Fiction, the sort of work championed by Steve Erickson, Helen Oyeyemi, or Angela Carter. The subtext of the novel is as intricately crafted as the foreground. It is a novel that uses the conventions of genre fiction without being bound to them. The novel is allusive and illusory, full of dream logic, and references to mythology. The images of roads and serpents flow through both women’s stories. Meena, for instance, chooses the name Durga (an avatar of an Indian goddess) as an alias, and Mariama interacts with a woman whose name is Yemaya (an orisha, or pan-African goddess of the sea).

Byrne’s prose is rich, poetic, and musical. Many sections deserve to be read aloud. Readers should also know that this a very adult novel—both Meena and Mariama’s sexuality play an important part in the story and define their characters. The world Byrne creates is marvelous, and like the best speculative fiction, it manages to both have a sense-of-wonder and also serve an as allegory. The interplay of the personal and the political, myth and technology is woven throughout this novel.

Other reference points: Toni Morrison’s magical realism and Afro-Canadian Caribbean fantasist Nalo Hopkinson’s novel The Salt Roads, and Joanna Russ’ The Female Man. The Girl in the Road is a mythic quest novel masquerading as a futuristic SF novel.

My author interview with Ms. Byrne is forthcoming.