A disclaimer: I’ve known Liz Hand since we both took a Science Fiction and Fantasy Writing course at the Writers Center in Bethesda, back when she lived in the DC Area.

Another disclaimer: I’ve been into Henry Darger’s work for almost as long. Part of my research for A SPECTRAL HUE included a visit to the Intuit Center for Outsider Art museum in Chicago (which houses a large collection of Darger’s work). Ultimately, my Outsider Artist novel is very different from Liz Hand’s book, with melds together the thriller/crime genre with historical fiction. But my knowledge of Darger marginalia made reading this book extra-pleasurable.

Curious Toys navigates genre modalities deftly, hopping from the viewpoint of a creepy killer of little girls, to the police officer in pursuit, and, scenes with Darger, who suffers from some unidentified mental illness.

But this is ultimately the story of Pin, a fourteen year old girl who dresses as a boy to help her move through the various milieus. Both Pin and her mother live in a cardboard shack at the edge of Riverview, a giant amusement park where Pin’s mother works as a fortune teller named Madame Zanto. Both of them have suffered a fairly recent tragedy: the disappearance of Pin’s special needs younger sibling Abriana. Pin spends the time when her mother working as a drug mule, shuttling marijuana cigarettes between Riverview and the silent film studio, Essanay Studios. During her off time, she wanders the amusement park, which is also frequented by a local oddball—Henry Darger. The two of them—separately—witness a horrific crime, one that shares a similarity to her sister’s disappearance.

The novel is a thriller, but it also operates as a coming-of-age novel. Pin is at least lesbian (if not non-binary) and the crafting of her sexual identity makes for some of the most moving moments in the novel. Curious Toys also is a historical novel, with Ragtime/Zelig-like cameos of historical personages beyond Darger; Charlie Chaplin and Wallace Beery have small roles. There’s an atmosphere of verisimilitude in the novel, rich in description of turn-of-the-century Chicago in all of its grime and glory. The book shines and becomes luminous when Hand describes Darger’s secret magnum opus and explores the relationship between Pin and the famed artist, who are both misfits in their own way. 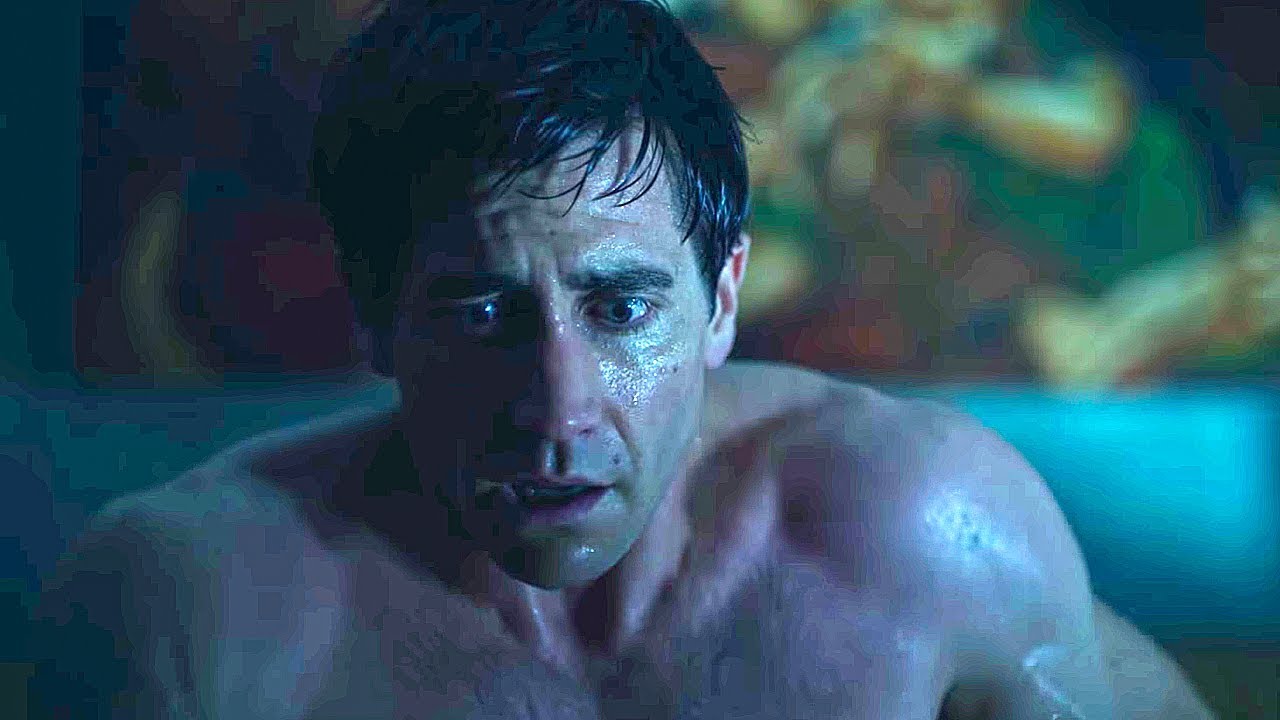 I saw Velvet Buzzsaw, Netflix film about haunted paintings and outsider art for a few reasons, foremost among them the fact that my forthcoming novel,A SPECTRAL HUE mines similar territory and shares some tropes.*

The movie stars Jake Gyllenhaal, Toni Collette and Rene Russo as dealers and critics in the contemporary art world. It starts out as a roman a clef/satire of that scene. Gyllenhaal plays a critic (loosely modeled on Jerry Saltz). Russo is an ex-punk rocker turned arts dealer, a nod to Sonic Youth’s Kim Gordon, and Collette plays a cutthroat curator. There’s no small element of camp in the performances and writing of these characters, as they pretentiously prattle on about the arts on display, some of which is shown in the film. (Which includes incomprehensible abstract art, and, most notably, a horrific robotic homeless person).

Russo’s put-upon underling (and Gyllenhaal’s secret affair), played by Zawe Ashton, sets the plot in motion when she discovers a cache of disturbing paintings left by her deceased reclusive neighbor. The discovery of the paintings resembles the discovery of Henry Darger’s work. (Darger’s epic novel and collage-based paintings were found after his death by his landlords). Vetril Dease, the artist, wanted his canvases destroyed, but the culture vultures ignore the directive and a feeding frenzy starts, as the dealers, curators and critics rush to promote the work as the Next Hot Thing.

That’s when the supernatural element comes into play, and Velvet Buzzsaw turns into a moralistic slasher film. The death sequences are inventive, but the actual haunting—its rules and mechanisms—are not explored. There’s an under-developed subplot about Dease’s mental instability and possible murderous activities. All of that takes the backseat to the stylish comeuppances.

As a ghost/horror story, the movie didn’t work for me. As an over the top jeremiad against the contemporary art scene, the message is muddled. For all that, I’m glad that it was made and the performances were entertaining if a little too cartoonish.

*A SPECTRAL HUE features an art critic and haunted  outsider art work, but goes in a completely different direction and mood. The Outsider art in the novel is partial inspired by the quilt makers of Gee’s Bend.

By day, Henry Darger was janitor. He’d had a hard life; he had been orphaned and raised in a Boy’s Home in Chicago. He spent his days doing menial work at a Catholic Hospital, and went home to a dank basement where he lived as a hermit. But in that basement, there existed another world, one that he created. Nights he created an imaginary world full of winged beings, child slaves and heroic princesses. He was writing a novel, an epic set on a magical world where good and evil clashed. This world was meticulously illustrated, with eerie murals created from paint and collage.  He is considered to be the ultimate example of an Outsider Artist.

The intensity of his vision is admirable. It was a burning passion, almost a madness. Darger was compelled to write and illustrate thousands of pages of this story, with no intention to publish. His work was only discovered after his death. There are times when, as writer, you feel that you’re just writing for yourself. For Darger, that was enough.